Does “biodegradable” glitter degrade to methane/CO2, water and biomass in the sea as claimed? 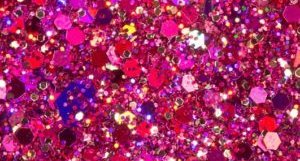 So some people are claiming that there are some eco friendly glitters available for sale. That would be great, but here’s my problem, the most recent paper I can find on the subject (2015) by the United Nations Environment Programme (UNEP) claims there is no evidence that it actually does in practice, so unless anyone has any more up to date research evidence I am concerned that there may be some mis-selling going on?

The paper I quote below is academically rigorous, with many references, an extensive bibliography and easily found on the internet once you’ve been pointed in the right direction. Its entitled “Biodegradable Plastics and Marine Litter: misconceptions, concerns and impacts on marine environments.”

For example, from the summary:

“Oxo-degradable polymers do not fragment rapidly in the marine environment (i.e. persist > 2-5 years) and so manufactured items will continue to cause littering problems and lead to undesirable impacts. Some of the claims and counter-claims about particular types of polymer, and their propensity to biodegrade in the environment, appear to be influenced by commercial interests.

Some evidence albeit limited suggests that public perceptions about whether an item is biodegradable can influence littering behaviour; i.e. if a bag is marked as biodegradable it is more likely to be discarded inappropriately. On the balance of the available evidence, biodegradable plastics will not play a significant role in reducing marine litter.”

So my interpretation is that being sold eco glitter believing it is biodegradable or even compostable (in a commercial composting machine at 50-70 degrees) will encourage us to buy it, and to use it with careless and joyful abandonment, as a play activity, littering and damaging our environment in the process – albeit not as badly as with microplastic glitter as it MAY disintegrate in a few years rather than hundreds of years, but not before it could have killed fish, birds, turtles, whales, and poisoned us? Oh dear, please prove me wrong.

Thank you David Jones, of Just One Ocean and lately Plastic Oceans UK, for pointing me at the research. Companies selling glitter please show us the evidence for your eco-safe claims as quickly as possible.

Cheryl Hadland (MA Ed) is Managing Director of the Hadland Care Group – an umbrella company for Tops Day Nurseries and Aspire Training Team, Bournemouth. In 2018 she was named ‘most influential person in childcare’ at the NMT Top 20 National Nursery awards, and in the same year completed a Sustainable Leadership course at the University of Cambridge. Cheryl is an avid SCUBA diver with many years experience and has seen first-hand the devastating impact of plastic pollution on our oceans and the creatures that inhabit them.